Are Three Ways Good For Your Marriage? Are Threesomes Good For Your Relationship?  Threesomes may or may not be good for marriages. I’ve been working with a Couple in Marriage Counseling who have been married for 7 years. In their third year they wanted to try a Three way at the request of her husband with another female. After careful thought and consideration they both decided to go forward with his fantasy. Remember fantasies are to be discussed first where both partners are made to feel comfortable before putting anything into action. 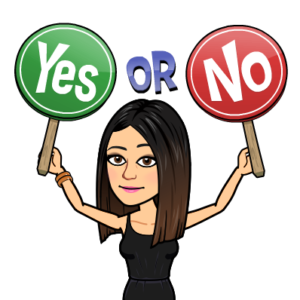 Are Three Ways Good For Your Marriage?

Initially the dynamics of three ways was working reasonable well. The sexual component was to everyone’s liking and no one felt left out. It wasn’t until the husband and the third person started to engage in extra encounters with one another without informing the wife.This made for secretive behavior and distrust became an issue for the wife. A betrayal had been committed as the initial agreement stated all would be present when engaging in sexual activity.

During the affair between the husband and 3rd person a mutual feeling of infatuation and feelings of love developed.  This is common as the couple is still in the Honeymoon Phase of the relationship.  The sexual tension creates even more desire for one another fueling the intense feelings of arousal and desire.  The wife feeling betrayed in this once agreed upon arrangement is now the Hurt party as her husband is now having an affair with this third person who was initially utilized to add sexual arousal and desire to their own relationship.

So the question is do Three ways work? They can IF the Couple is able to have an honest discussion about what they want from the experience and how they go about executing it. Often times a three way is desired to add variety and arousal to an already satisfactory sex life.  It can also enhance the sexual experience for those who want to explore an open relationship. The mere fact that someone else desires our partner makes them even more attractive to us resulting in a more heightened sexual encounter/experience.  As long as the couple understands the third person is to ENHANCE their sex and not replace one another throughout the process. Keeping the communication open between the couple before, during and after the physical activities should keep their relationship in check.

Are Three Ways Good For Your Marriage?

Some people believe it is possible to love more than one person and engage in loving making (sex) with those individuals which makes for a Polyamorous relationship.  Polyamory (from Greek, meaning “many” or “several”, and Latin amor, “love”) is the practice, desire, or acceptance of having more than one intimate relationship at a time with the knowledge and consent of everyone involved.  It is distinct from swinging, which emphasizes sex with others as merely recreational.  3-Ways are distinct from swinging in that swinging involves multiples partners for each with their own set of agreements.  three ways typically include two females and a male or two males and a female.

Whatever the combination in Couples Counseling I help Couples understand that it is vitally important to make implicit expectations explicit to keep the integrity in their relationship. For more information please call me at (858) 735-1139