Are You Assertive Enough?  The definition of Assertive is behaving confidently and being able to say in a direct way what you want or believe. When you’re assertive you act confidently. You say, in a direct but respectful way, exactly what you want. At the heart of assertiveness is your ability to to know who you are and what you stand for, then to express these qualities effectively in everyday interactions with other people. Unless they can see who you truly are, underneath it all, other people might now know how you expect to be treated. You have to teach people how to behave around you. 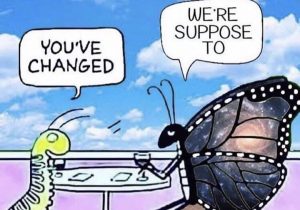 Are You Assertive Enough?

Expressing yourself effectively involves maintaining respect for the rights and feelings of others. Assertiveness is not aggression. People who are assertive know that they can deal with the world much more effectively if they don’t resort to violence or other aggressive responses. In many ways, assertiveness is the exact opposite of aggression. Assertion enhances constructive communication and cooperation between people, while aggression shuts it down. And assertion is not manipulation. Most people are aware, at some level, when they are being manipulated and it can lead to distrust and a lack of respect, for both parties. Manipulation involves hiding behind a facade. Assertion means tearing down that facade and happily announcing to the world who you truly are. At the heart of assertiveness is your ability to know who you are and what you stand for.

We see situations of nonassertive behavior around us daily. Most people who lack an assertive style are those who are conflict avoidant and want to keep the peace. However, they often pay a price for this as communication is less effective in their interpersonal relationships whereby making needs and wants unclear.

There are many negative consequences associated with not being assertive. For example, those who are not assertive allow their feelings and boundaries to be violated by others. They believe they don’t have the right to their own feelings, beliefs or opinions and even if they do, they have difficulty expressing them in a way that is validating. They may feel that asserting their thoughts will lead to rejection or even being attacked. They frequently feel that it’s better to withhold their ideas rather than cause a conflict. Nonassertive people may feel guilty when they have to say “No.” As a Marriage and Family Therapist, I say feelings of guilt are irrational as guilt is something you feel when you’ve done something wrong.  Saying “NO” isn’t wrong if it’s the appropriate thing to say, and more importantly, if it’s what you WANT to say.  They often allow others to make decisions for them and may assume that others will care for their needs. They may place the needs of others above their own. Nonassertive people can become entrenched in Codependency and are easily victimized by others.

The ramifications of choosing to be nonassertive are costly. People feel hurt and mistreated when their needs are not met yet those who are not assertive do little to meet these needs themselves. They may store up negative feelings and then harbor anger. Their sense of efficacy in the world is diminished, and then they complain about how unfair the world is to them. This approach toward the world may lead to depression, poor self-esteem, anxiety, isolation, and anger.

Be More Assertive by Using “I” Statements

Use facts not judgments

Own your thought and feelings

Respect yourself and others will too

Learning to be more assertive involves examining several dimensions of your life that include self-esteem, communication skills, ability to remain calm, and being authentic.  When you can comfortably share your authentic self with the world around you, with integrity and respect for the rights and wholeness of other people, you are truly asserting yourself.  When your Best Self (differentiated self, more evolved self) shows up it makes for a great partner in the relationship you choose to be a part of.

For more information on acquiring Assertiveness Training or becoming more assertive in all your relationships please contact me at (858) 735-1139.