How To Be Around An Angry Partner.  As a Marriage Counselor I work with individuals who come in needing help with an angry wife or husband who has shut down and refuses to talk or fires landmine responses.  For this individual it can be very frustrating as being on the other end of unkind behavior doesn’t feel good. 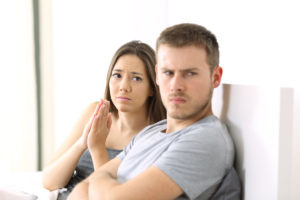 Depending on what your coping skills are like you can either act out your emotions making for an even worse situation or exercise effective communication skills to get what you need and want from the situation. Acting out your emotions means whatever you are feeling due to the maltreatment you are receiving, you give it right back by yelling, being sarcastic, hurtful, and just as abusive. Also known as being immature. Exercising appropriate behavior would include knowing what you want from the conversation and asking for clarity from your partner as to why he/she is upset.

Depending on how we were raised and what was role modeled for us, we either have effective communication skills where conflict can be resolved and there is understanding between individuals where they feel respected and heard, or words just come shooting out of our mouths assuming the other will “know” what we’re talking about. 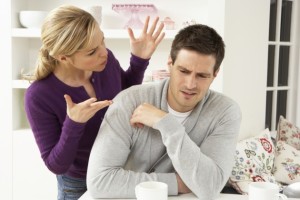 When you find your wife/husband becoming more and more angry at you stop and ask what he/she is angry about.  What is the underlying feeling associated with the anger.  Often times it is hurt, disappointment, feelings of neglect or being taken for granted.  Again, depending on what was role modeled for you, being vulnerable probably wasn’t high on the priority list.  Who wants to say we feel hurt or sad?  For most of us growing up, those feelings meant we were weak.  So keeping them bottled up inside kept them suppressed and became volcanoes waiting to erupt.  We’re all entitled to feel angry.  It’s how we express the anger that is key.  Acting it out is not acceptable nor appropriate. Think about young children on the floor having a tantrum.  Developing coping skills to manage your anger appropriately is what grown ups do.

So the next time you choose to act out rather than manage your anger use that visual to motivate you to make the better choice.  For more information contact me at (858) 735-1139.