How Asperger’s Affects Marriages. The impact of Asperger’s on a marriage is substantial and can cause a great deal of pain for both partners especially when the condition is not understood. The relationship typically involves a neurotypical wife (NT) and an Asperger Husband (AS). Because neurology matters, it’s important to work with a neurodiverse counselor as they help couples using a neurological lens bringing understanding and change to the differences in the way both think and communicate. As a certified neurodiverse couples counselor, I act as translator for the behaviors of the AS partner to the NT partner and vice versa. 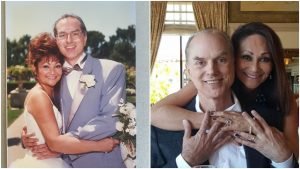 Before I met my husband, I dated many men who claimed they held women with respect and equality when, really they bought into a system of society where males held the power and women were largely excluded from it. Feminists mainly use the term to describe the power relationship between men and women. So, more so than not, I dated a lot of narcissists and experienced a lot a drama. They can create self-doubt by playing on your insecurities and weak points. Instilling self-doubt and gaslighting (a patterned, repetitive set of manipulation tactics that makes someone question reality is abusive and certainly doesn’t feel good).

I had been divorced for seven years before meeting my husband who has Asperger’s. When I met him he was very kind and generous. Unlike, narcissists, he didn’t have an agenda to control or manipulate me. He was intelligent, attractive, and seemed grounded enough as he was calm during my bouts of emotional reactivity. Because there was little drama and I was ready to remarry, I believed he would make a good partner. At the beginning he seemed social enough, although I observed some social anxiety and communication that seemed rather odd. His quiet personality was refreshing and helped me become a little more calm in stressful situations. 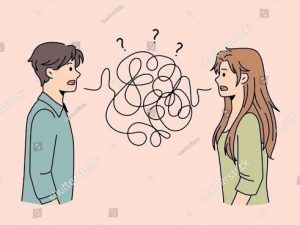 After ten months of dating we married. The first ten years were quite nice but were filled with confusion for me. I noticed he wasn’t as communicative, didn’t seem to desire an emotional connection, and our communication was more transactional than relational. I felt as if I was losing my sense of self. I felt lonely, angry, frustrated and depressed. Later, I came to understand my feelings stemmed from ongoing relationship trauma, also know as Cassandra Syndrome.

Aspergers, which is now referred to as Autism Spectrum Disorder (ASD) can affect marriages in the following way: 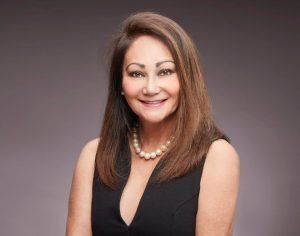 Of course, this is just a few ways Asperger’s affect marriages. I know first hand how the differences of NT and AS partners can either make or break a relationship. I also know AS husbands can make good partners.  Learn more about ASD and acquire the necessary tools to keep your marriage safe from yet another divorce statistic.

Contact me via my website: CouplesCounselorSanDiego.com or text me your email address for information to get started.

New Year And Relationships. With every New Year, there are  New Year’s resolutions. As a Marriage Counselor, the new year brings in couples who are either ending their relationships or couples who are starting new ones. The past year gave those who were thinking about staying or leaving a chance to think about whether or not it was feasible to stay. Those that are starting new relationships come into counseling to ensure they are putting forth their best efforts. The beginning of a new year is typically the time when couples either become engaged or separate and divorce. As a Marriage Counselor working with couples deciding whether to stay in their relationship or leave it, January 1st is an important deadline for ending relationships.  Breaking up, separation, and divorce can be devastating. It can also provide the opportunity for self-examination and a New Beginning. 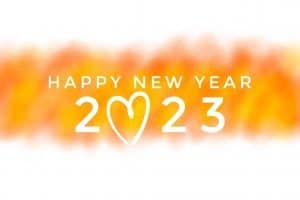 New Year And Relationships. As a Marriage Counselor, I help couples nurture good relationships and let go of unhealthy ones. We may love our family, but, there are some we just don’t like and feel uncomfortable to be around. Friends who take advantage of and manipulate us aren’t really our friends. Toxic people create a bitter atmosphere that is not conducive to happy dispositions. I help individuals acquire the skills for self-care and teach others how to behave around them. Without tools for teaching others how to appropriately behave around us, how can real change occur? Asserting oneself is not always easy, but in the long run, can indicate self-love and help you feel more in control of your life.

The New Year brings about the end of relationships for some couples and the beginning for others. The difference between a healthy and an unhealthy relationship is how well each person accepts responsibility and the willingness of each person to both reject and be rejected by their partner. In unhealthy relationships, two people try to solve each other’s problems in order to feel good about themselves.  A healthy one is when two people solve their own problems in order to feel good about each other. Unhealthy relationships have poor boundaries. Boundaries help people distinguish between their own thoughts and feelings and others. They help individual’s own their “stuff” and allow other’s to see where their responsibilities lie. Healthy relationships consist of both partners being willing and able to say no to one another. Without being able to say “no” or the occasional rejection, boundaries break down and one person’s problems and values come to dominate the other’s. Conflict is normal in healthy couples and being conflict avoidant; not being able to hash out differences openly and vocally is a sure way for a relationship to deteriorate as it is based on manipulation and misrepresentation. Trust is also very important in any relationship. Healthy relationships experience conflict and should have good conflict resolution skills so communication can bring about the intimacy needed to want to remain in their couple hood.  Conflict exists to show us who is there for us unconditionally and who is just there for the benefits.

I also work with Neurodiverse Marriages where one partner is on the Autism Spectrum. Getting the communication tools to become less transactional and more relational is essential for harmony. Let this new year allow you the opportunity to learn about neurodiversity and how it affects your relationship. Being married to someone on the Autism Spectrum doesn’t have to be a life sentence to not being seen or heard. Learning how to communicate with one another makes for feeling less lonely.

If you have recently broken off an important relationship and are experiencing grief and loss or need help maintaining a new relationship please contact at (858) 735-1139 or email me at CouplesCounselorSanDiego.com to make sure you get the proper guidance to lead you to the maximum results.

As I am a certified neurodiverse couples counselor and neurotypical woman married to a man with Asperger’s, I know what is needed to move forward.

Asperger’s During A Conversation. People on the Autism Spectrum experience the world differently than those of us who are neurotypical. Because they have problems with the meaning and rhythm of words and sentences they are often times misunderstood. They have trouble with back-and-forth communication when conversating creating a lot of anxiety for them.

Formerly known as Asperger’s, ASD is a developmental disability that can cause significant social, communication, and behavioral challenges. There are tools and strategies to put in place so conversation doesn’t have to be an overwhelming experience. 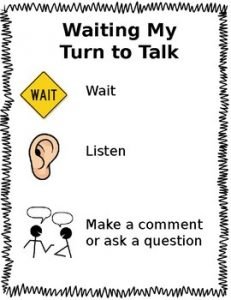 Asperger’s During A Conversation

Asperger’s during a conversation could include: 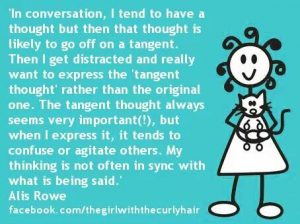 Having to make conversation creates a lot of anxiety for people on the Spectrum because they notice everything around them and find it hard to concentrate on the person they are talking to. These individuals tend to like to be alone and become involved in their special interests. Being alone means not having to concentrate on anyone but themselves and is a means to recharging. 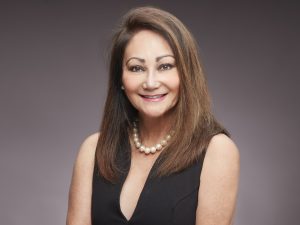 As human beings we tend to judge and criticize things we know little about. Rather than mock at something that is foreign, learn more about why it could be making you feel uncomfortable. People with Asperger’s don’t realize they are behaving in ways that make the general population uneasy. If you think you feel anxiety around a person with Asperger’s they feel the same way interacting with neurotypicals. Learning how to talk to someone on the Autism Spectrum will give you the capacity for compassion and showing empathy. We all want to fit into the world and be seen and heard.

Goals For Neurodiverse Couples. Get past the diagnosis and save your marriage. Understanding the root of problems is important but what do you do about them? I’m sure you’ve educated yourself about ASD and Asperger’s and are filled with a range of emotions. It’s not fun being married to a partner on the Autism Spectrum. As a neurodiverse couples counselor, and wife of an Asperger husband, I know firsthand the frustration and aggravation of not being able to communicate. Struggling for many years you could be suffering from Cassandra Syndrome, which basically means you are feeling like you are literally going crazy.

When entering into couples counseling it is imperative to work with a therapist who is trained and has experience working with neurodiversity. High functioning Asperger husbands married to Neurotypical wives can make their relationship harmonious, functional, and relational where they both feel the emotional connection they desire. 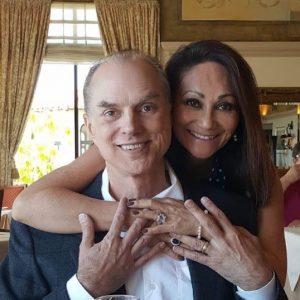 Goals to treatment include: 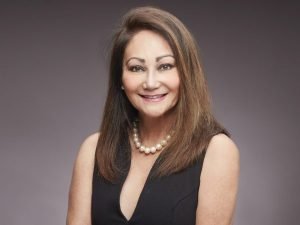 The length of time needed to complete couple’s therapy/coaching varies because each couple has their own set of circumstances. I have a process that includes a 3-hour intensive to make an assessment and create objectives to goals. I have practical tools to help 1) initiate conversation; 2) share thoughts and feelings, and 3) ask for what you need and want. I have tools to help understand that we each have perspectives and our perspectives are correct for oneself. When both are able to show empathy, validate each other’s perspective and commit to the plan for moving forward, prognosis is good.

So if you want help to be able to communicate more effectively and manage conflict contact me at (858) 735-1139 or visit my website CouplesCounselorSanDiego.com

How I Manage My Cassandra Symptoms. I’ve been in a neurodiverse marriage for almost 25 years. The first ten years were quite challenging as I was frustrated and feeling like I was losing my mind. Being a licensed marriage and family therapist, specializing in couples work, I was confused and irritated that my own marriage was deteriorating. 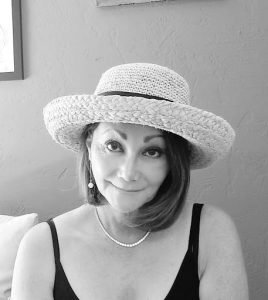 How I Manage My Cassandra Symptoms

If you’re married to a man on the Autism Spectrum (has Asperger’s) the lack of adequate psychological nurturance from him feels like a form of emotional neglect. Being unable to engage in your feelings and his own make for a lack of emotional intimacy. As a result of his mind blindness you tend to feel more like roommates than romantic intimates as communication tends to be more transactional than relational. 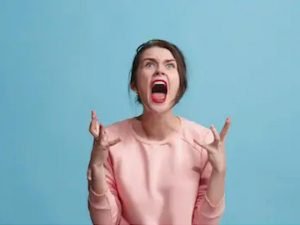 In establishing boundaries for oneself, Cassandra can be managed to the degree it makes your Asperger Marriage bearable. All marriages have their strengths and weaknesses. Asperger husbands can make good partners. When the weakness outweigh the strengths where you feel more withdrawals than deposits into your personal and relationship needs is where a downward spiral begins.

Managing Cassandra is a gradual, ongoing process. It didn’t happen over night, so it won’t get better overnight either. I sought individual therapy for years and didn’t get the help I now know I needed. With not being able to find the right therapist….I had to become that therapist. I became a certified neurodiverse couples counselor through the Asperger Autism Network (AANE.org). My training and experience has helped many neurotypical wives not only survive their Asperger Marriage, they are thriving as individuals, as well as partners. It’s important to find the right therapist as your marriage is counting on it.

I hope I can be that resource for you. Please contact me at (858) 735-1139 or visit my website CouplesCounselorSanDiego.com for more information.