Cheaters cheat with people less attractive than their partners. There’s an assumption that people who have affairs cheat with someone better looking than their partners. That isn’t necessarily true. Although there are many reasons why people cheat physical appearance isn’t always one of them. I am working with a man whose wife is a very attractive woman. She is what you call a “trophy” wife. Comes from a family with resources and good reputation. They have been married for 15 years and have two children, ages 11 and 13. He states his wife is self-centered and shows no empathy for either himself or the children. She is difficult to talk to as she argues about anything that is brought up. Her power struggles with the children are making for a concerning situation. He loves her but may not be “in love” with her any longer. He started an affair with a co-worker. What started off as an “office wife” has bloomed into a full romance with feelings. This office wife provides him with attention, as well as compassion. He states she isn’t the beauty one would expect in stereotypical infidelity but offers him a peaceful place in which to thrive. He admits he bought into the notion that there’s something to be said about attractive women. Sex appeal is one of them. Cheaters Cheat With People Less Attractive Than Their Partners

There is a survey performed by a dating site specifically for married people looking to have an affair which indicates the users polled say they found their partner/significant other to be more attractive then their lovers.  Other statistics show:

30% men cheated with women younger than their current partner

55% women also found their significant partners to be more attractive then their affair partners. 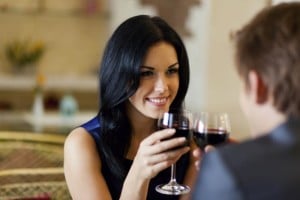 50%  of the women stated their lovers were in better shape, were better listeners and were more passionate

89.6% women indicated that they felt more appreciated by the person they were cheating with than their significant others.

So why even cheat? Again there are many reasons why people cheat. In this survey and a couple of other dating websites designed for married people looking to have an affair, people cheat because the other person makes for better listeners, are more compassionate and feel more appreciated by that other person.

If you’re married to a “trophy” wife who acts out like a grade schooler I can see you seeking more compassionate women. Same goes for women married to a boy-man.

Something to think about in your own relationship/marriage.