Do Affairs Really Have To End A Marriage or Relationship?  There are many reasons why an affair occurs. It is most important to understand that an affair affects both people in a relationship.  The healing process can lead a couple to deeper levels of intimacy or a closeness they’ve never shared before.  For Couples who want to rebuild their relationship after one partner has had an affair it is imperative both parties, despite their own personal pain, try and look within themselves to see how their own behavior contributed to the demise of the once happy and working union.  I am not suggesting the Hurt Partner is to blame in any way. 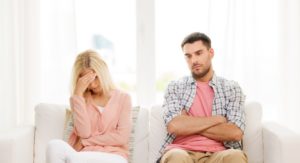 Do Affairs Really Have To End A Marriage?

I am only recommending taking a look at how each person in the partnership may have brought implicit or explicit neglect or abuse into the spiraling down dynamics of their relationship.  I’m not talking about chronic Philanderers or people who have continuous affairs, they’re in an entirely different category.  I’m referring to those who have had an isolated incident in one affair that is creating the need for change within the relationship.

In working with couples who do take a look at their individual part of this devastating situation prognosis is typically better than those who would rather blame the person who had the affair by continuing to berate that person in how they have made their life miserable. Do Affairs Really Have To End A Marriage? 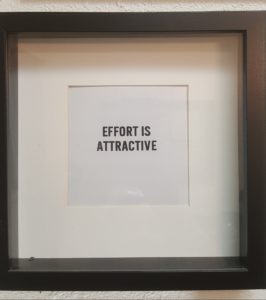 When you’re ready to take a look at what happened to the relationship it would be good to seek the help of a Marriage Counselor or Couples Counselor who specializes in Affair Recovery and helping couples get through the process of determining whether they can or want to stay together or move on.  In Couples Counseling the couple will need to acknowledge the problems prior to the affair as sometimes the affair could be a symptom of some other underlying problem.  Just because infidelity strikes your marriage doesn’t mean it has to end in a separation or divorce.  Often times an affair can be the best thing that ever happened to a relationship as it brings an end to a relationship that wasn’t working and gives the couple an opportunity to develop a new relationship by developing a New Monogamy.

A new monogamy explicitly says what is wanted and what is not wanted in moving forward. It helps with affair prevention because both parties discuss and document the specifics on how to behave more appropriately. Marriages don’t have to end because someone stepped out and had an affair.  Marriages don’t have to end due to betrayal.  I have been providing affair recovery services for over 20 years. Because the couples I work with allow me to take them through the affair recovery process, I have a more than 90% success rate. Very few divorce. Nobody wants to leave their primary relationship. Couples have a history together, some may have children, financial resources, and great memories. Affair recovery puts things into perspective, and with time marriages are salvaged.

For more information on developing the relationship you have always wanted please call me (858) 735-1139.