Gold Digger. I’m not talking about gold diggers from the California Gold Rush. I’m sure you’ve heard the phrase commented upon some women, men, too, but this article is focusing on women, “she’s a gold digger,” a person whose romantic pursuit of, relationship with, or marriage to a wealthy person is primarily or solely motivated by a desire for money. I find this phrase insulting when the woman in question happens to have her own resources. Meaning she makes a good living for herself. In my opinion, this phrase isn’t so reactive from men as it is for women. I believe men who say this about their women do so to place their insecure selves in a “one up” position. I also believe if a woman is with a man who continues to position himself in a “one up” position should carefully examine why she’s with him to begin with. But to say she’s a gold digger is surpassing any boundaries of good intent. And when confronted with this derogatory term, if any behavior exercised other than remorse and regret, I wouldn’t waste any time defending this form of domestic violence. 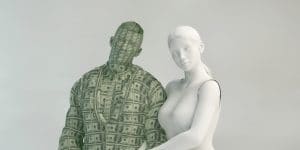 Abuse isn’t always physical. Domestic violence aka Intimate Partner violence has been widely known to include physical, emotional and sexual. Whatever form of abuse often follows an escalating pattern where the controlling behaviors worsen over time. What’s scary is the abusive partner may use oppression systems already set in our society to assert their bad behavior against the other person. These perpetrators of domestic violence are highly intelligent individuals who scare their victims into situations that are highly conflictual and dangerous resulting in Post Traumatic Stress (PTSD), a disorder that develops in some people who have experienced a shocking, scary, or dangerous event. As domestic violence is ongoing and tends to escalate PTSD is what keeps victims in this toxic cycle. No one wants to remain in an abusive relationship. Victims feel shame and a sense of helplessness because they stay in a situation they know is beyond bad. 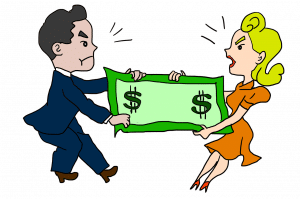 Teasing name calling or “put downs” also place a women in a “one down” position. When being criticized for what you say or do is also abuse. Having to live in the perpetrator’s reality is also abuse as their reality is typically that of “one up” and “one down.” Common sense would dictate leaving such a relationship but again due to the subtle and ongoing trauma that keeps you in a “one down” position PTSD keeps them stuck in the cycle of abuse. I work with highly intelligent well read women who hold post doctorate degrees who are absolutely disappointed with their lack of being able to leave these toxic relationships.

In Alyce LaViolette’s bestseller, “It Could Happen To Anyone: Why Battered Women Stay” states just that. All women not matter race, age, socio-economic level, or education level, are at risk of entering the cycle of abuse. By developing a greater sense of self you prevent yourself from that possibility and developing a support system where resources lead you to that exit.

So the next time someone tells you or you hear the term gold digger directed at an innocent victim, speak up and correct the slight. Domestic abuse is nothing to laugh about.