Infidelity Knows No Boundaries.  It was all over the news and media when Donald Trump smeared Hillary Clinton’s presidential campaign by dredging up her husband’s past infidelities while he himself is not innocent when it comes to faithfulness in marriage.  As the information reads, Trump too has had an infidelity in the form of Marla Maples, his second wife, while he was still married to his first wife Ivana Trump. His now adult children were of grade school age. “The pot calling the kettle black” seems an appropriate phrase to use in this situation as it claims that a person is guilty of the very thing of which they accuse another. While it is stressful running the highest office of the land, it is still important to hold oneself in high regard when exercising appropriate behavior as the whole world is looking to him as a role model.

Courtesy of Getty Images and CNBC

Individuals are responsible for their own behavior and in my opinion as a Licensed Marriage and Family Therapist who specializes in Infidelity and Affair Recovery if your husband cheats on you, often times it has nothing to do with you as a person.  It’s difficult to accept the discovery of an affair while also having to manage the overwhelming range of emotions. This is a process that takes much time to overcome.

Finding out your partner is having an affair is one of the most devastating things that could happen to you. Cheating shatters the core of your existence leaving you with feelings of rejection, mistrust, anger, betrayal and grief.  It damages your sense of self and leaves you overwhelmed with pain and confusion.

A husband’s indiscretions or affairs, in this case former President Bill Clinton’s, should not taint a wife’s community standing or political aspiration, for example the former Secretary of State, First Lady, and Senator of New York.  Each person is an individual making individual choices in the course of their everyday life and their loved ones shouldn’t be affected with “guilt by association.”  To judge Mrs. Clinton’s foreseeable inability to make good decisions based on her association with her husband is not only inappropriate as she is her own person and has made great accomplishments of her own, but it is ludicrous in that no one should be responsible for the “sins of their fathers.” 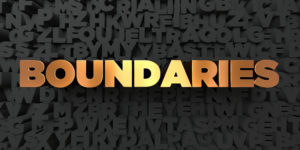 Husbands who have affairs, just as with wives who have affairs, have them for very many different reasons. Affairs are less about love and more about boundaries and can happen even in good marriages. The major attraction in an affair is NOT the love partner, but the positive mirroring of the self; the way one looks when one sees himself/herself in the other person’s eyes.  Affairs are more about how the person having the affair feels (excited or aroused). The novelty and newness creates much passion.  The conventional wisdom is that the person having an affair isn’t getting enough at home. That may be true, but often the truth is the person isn’t giving enough.

An affair doesn’t necessarily end a marriage.  Contrary to what some people believe it can possibly make a marriage stronger.  Recovering from infidelity involves the willingness of unfaithful spouses to demonstrate sincere regret and remorse.  Cheating husbands, Bill Clinton included, probably love their wives very much, as Clinton is undoubtedly very proud his wife.  They have a history together after over 40 years of marriage.  No one wants to give that up.  None of us is perfect.  We all make mistakes.  Rather than concentrate on the act of infidelity, find out what happened and what is needed to move forward.  After all, there was a time when you couldn’t live without the person you married for all of those wonderful reasons. Finding out what went wrong and adjusting for the future will uphold the integrity of the intimacy you once had for one another as well as keep and nourish it for always. 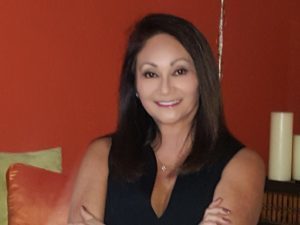