Know When To Say “No.” Saying “no” to people or situations that are not healthy means you are not looking out for your well-being.  In Couples Counseling I work with people who are not able to say what they really want to say to their partners to avoid conflict, hurting the other person’s feelings, repercussions, or whatever fear they may have about their relationship.

Say goodbye to being a people pleaser and learn how to confidently say no to someone without feeling bad about it.  It has a lot to do with being assertive.

Tips for Saying No Effectively:

Takers – Say “yes” to givers. Be a giver yourself.  “Know the difference between those who stay to feed the soil and those who come to grab the fruit.”— Pinterest.com

Say no to takers:

Don’t beat around the bush or offer weak excuses or hem and haw. This only provides an opening for the other person. Don’t delay or stall either. Provide a brief explanation if you feel you need to; however, don’t feel compelled. The less said the better.

2. Be assertive and courteous.

You might say, “I’m sorry I can’t right now but will let you know when and if I can.” This approach is polite, and puts you in a position of power by changing the dynamic. You’re taking charge, telling people you’ll let them know when and if you can. Another example, “I appreciate your asking me for help, but I’m stretched too thin right now to devote the time to be of quality help to you.”

Many people and organizations use manipulation techniques, whether knowingly or not. For example, think about when you get a solicitation for a donation to a charity and there are forced options: “Would you like to donate $10, $20, $30, or X amount?” Another tactic: “Most people donate $20–how much would you like to donate?” This relies on social pressure. 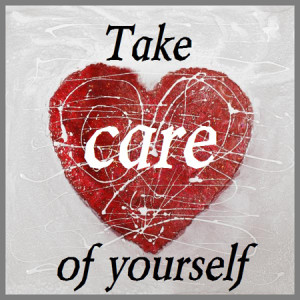 People sometimes have a hard time saying no because they haven’t taken the time to evaluate their relationships and understand their role within the relationship. When you truly understand the dynamic and your role, you won’t feel as worried about the consequences of saying no. You’ll realize that your relationship is solid and can withstand your saying no.

5. Put the question back on the person asking.

This is highly effective in a work situation. Let’s say a supervisor is asking you to take on several tasks–more than you can handle. You might say, “I’m happy to do X, Y, and Z; however, I would need three weeks, rather than two, to do a good job. How would you like me to prioritize them?”

If someone can’t accept your no, then you know the person is probably not a true friend or doesn’t respect you. Stand firm, and don’t feel compelled to give in just because that person is uncomfortable.

Make time for people that don’t bring you down. Stay away from toxic people.  “It’s amazing how quickly things can turn around when you remove toxic people from your life.” — Robert Tew

How to say no to toxic people:

As a young woman, I had a difficult time saying “no.”  I wanted everyone to like me and not to think poorly of me.  In the long run I became a resentful and angry person. This lack of assertiveness and conflict avoidance made my parenting of my older children challenging as I never wanted to disappoint them.  As it turns out they appreciate my forthcoming assertiveness in saying what I need to say.  And that sometimes can be “no.”

To learn how to be more assertive and say “no” without feeling negative thoughts about yourself call me at (858) 735-1139.