Loss Of Romantic Love. What do you do when your spouse says they don’t think they love you anymore? The dreaded “I love you, but I’m not in love with you” statement cuts like a knife. There are many reasons people fall out of romantic love. I understand the heartache and pain of having your spouse say those words because thirty-two years, after nine years of marriage, that’s exactly what my husband said to me.

I work with couples where when partner is leaning out while the other is all in. Some couples marry quite young and are not quite developmentally mature to understand what is needed to be in a healthy relationship. Did you know the human brain doesn’t even fully develop until age 25? Under most laws, young people are recognized as adults at age 18. But emerging science about brain development suggests that most people don’t reach full maturity until the age 25. Young adults couple up as early as middle and high school. In healthy relationships, a couple’s development closely parallels the stages of early childhood development originally conceptualized by Margaret Mahler and Fred Pine. Basically meaning if you don’t successful reach milestones for growing, physically, emotionally, and psychologically, you can be stuck in certain stages. You can chronologically be 50 years old and act like a 5 year old when angry and hurt. 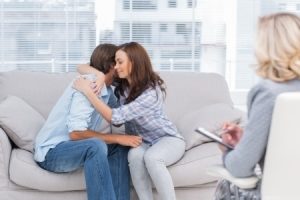 During that period of time I was consumed with anxiety and depression. My acting out behavior included obsessing over the end result, which was to reconcile. I begged and pleaded with him to no avail.  All that mattered was what I wanted. I had little insight about my lack of empathy for my husband. Not once did I think about what the relationship was doing to him. I never asked myself what he must have been feeling to leave the way he did, so secretly. I placed all the blame on him, blinding myself to my own responsibility. It would not be until many months later, when I finally started looking at my part in the problem, that things began to change. I learned that I had to stop concentrating on him and start concentrating on myself and my behavior. I realized I depended on my husband for fulfilling all of me. Which is not only possible, and  maturationally immature.

Developing a greater sense of self enabled me to manage the codependent and self-destructive behavior I was experiencing. It all came down to trying to control things that were, and should be, outside my control. I did some individual counseling and meditated every day. I leaned into the discomfort of being alone in my home with my vulnerable feelings. I had to reconcile with the fact that individuals have their own feelings and needs and wants. I learned there our boundaries that people put in place for self-care and protection. Healthy relationships are independent people in an interdependent unions. 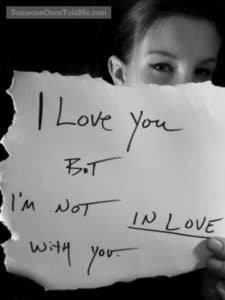