What’s Up With Men Marrying Older Women?  I was in Paris last week.  City of romance, art, fashion, gastronomy, and culture.  The City of Light never disappoints as the sights, sounds, and smells were remarkable.  I know a handful of couples who became engaged on the Eiffel Tower.  I can see why as it is magical.  As a Marriage Counselor, I observed couples walking hand in hand and kissing for no apparent reason.  Couples who had their children with them did so, as well.  What a charming place to feel the love.  With all the sightseeing, eating and soaking up the culture my take away during this trip was how interesting the President of France, as hot looking as one could be, is married to a woman 25 years older than him.  Emmanuel Macron, 39 and Brigitte Trogneux, 64 have been married for 11 years.  She was his high school drama teacher.  As much as I can appreciate this now I could not 25 years ago when I was in a relationship with a man 7 years my junior. 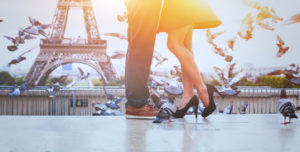 I was 32 and he was 25.  As much as I enjoyed this relationship I felt uncomfortable as society judgment persist, I felt a little shamed.  I was raised to think my partner should be older and more affluent so as to be able to take care of his brood.  I was in this relationship for 3 years.  Even then I knew I would never marry this man.  My conditioned upbringing made sure of that.

Apparently, May-December romances (two parties in a relationship where there is a considerable age difference) has its advantages: 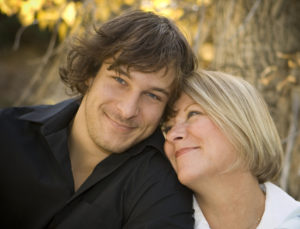 Famous couples where the woman was older include:

When men marry younger women it’s often tied to ego and self-worth.  A younger woman can serve as a trophy wife and fill a need that manages their unresolved personal issues.  As these relationships can be long-term that is an article for another time.

As a Marriage Counselor, I believe it is important an individual develops a Strong Sense of Self.  Developing a Sense of Self is essential to growing up.  The path of this goal is Differentiation.  Differentiation is the ability to maintain one’s own identity, belief, and feelings while others do the same.  Differentiation within a relationship is the process through which you can live in close proximity to a partner and still maintain a separate sense of self.  An older woman will more than likely be more differentiated and assured of herself eliminating power struggles that could arise if she were younger and less mature.  That being said, this mature woman should be able to identify traits that are appropriate for a life partner. 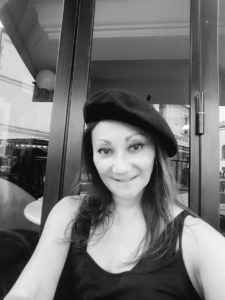