New Rules For Marriage. I was married for the first time in 1980. I was married for the second time in 1998. Relationship tools I utilized then were limited as I acquired them by way of what was role modeled to me by my parents. Relationships have their challenges as a result of their capacity to either interact with one another in a healthy or unhealthy way.  As a licensed Marriage and Family Therapist, I specialize in working with couples who want to work on their communication, resolve conflict more effectively, and feel an emotional connection. 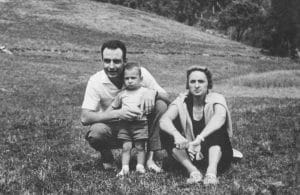 As modern marriages continue to undergo a revolution people want more from their relationships. Women want more emotional closeness than what many men have been raised to give. The lack of relational skills leave both sexes feeling frustrated and unheard. Tools from the twentieth century are no longer effective in the twenty-first-century.

This generation wants to be more than companions.  Millennials want to be friends and lovers, as well as equal partners. The “Greatest” generation (WWII), your parents or grandparents, lived by defined male and female roles.  Men were the “breadwinners” and women the “caretakers.”  These unions were formed for the purposes of practicality, meeting the family’s basic needs, managing a household, raising children, and companionship in building a life together rather than having expectations of intimacy, emotional connectedness, sharing and support.  Twentieth-century love falls somewhere between “I like you enough” and would they make a good wife/mother or husband/breadwinner? While entering the twenty-first-century, Baby Boomers are wanting more of what the Millennials are requiring in their relationships.  They no longer adhere to the code of patriarchy.  Both sexes are equal, gender roles are what they determine it to be, and emotional intimacy is expected.  Just as women expect to become professionals with higher degrees men can choose to be “stay at home” parents. As a Marriage Counselor who works specifically with couples, I find this refreshing and empowering.

With males and females being more thoughtful in developing relationships where there is more passion, more support and more connection a new skill set needs to be learned. Acquiring tools and learning a process in which to:

New rules for marriage can introduce a totally different way of living.  Being able to manage oneself allows you to assert your needs and wants while simultaneously appreciating the needs and wants of your partner. Knowing how to do that requires some adjustment to the way you think about relationships from the 20th century.

For more information on developing a fulfilling and respectful relationship contact me at (858) 735 -1139.