Persona – What Mask Do You Hide Behind Throughout The Year.  Carl Jung the Swiss Psychiatrist and Psychoanalyst defines Personas as the mask or shield which a person places between himself and the people around him.  Every year I write about what people present about themselves through the art of masquerade during Halloween.  Halloween is the perfect time to put on a persona of who and what we want to emulate. 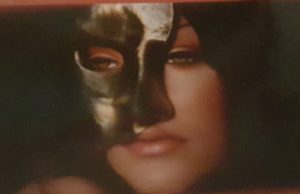 Being a Marriage and Family Therapist I put on the persona of a professional woman in charge of herself and her clientele.  I identify and exercise appropriate behavior and manage my emotions appropriately rather than act them out in immature ways.  I project independence and self-sufficiency, as well as displaying good self care.  That persona looks and appeals rather healthy and all together.  In reality, I’m just like the general population, in that I can, at times, behave in ways that are not always that appropriate or mature. Being I’m human, like everyone else, I have faults and weaknesses too.  So I work hard at keeping my persona in tact so that I am able to perform my services to those who need me.

Because I have a playful side for Halloween I like to put on another persona.  Ones that make me feel different from my everyday persona.  Every year is different but that’s what makes it fun.  In the past I have been a Vampire, to represent my dark side; a candy corn witch to match my daughter to represent motherhood and joining in with her; and Cleopatra with my husband being Julius Cesar to do the couple thing.  This year I may be an action figure to represent my strong alpha female side. 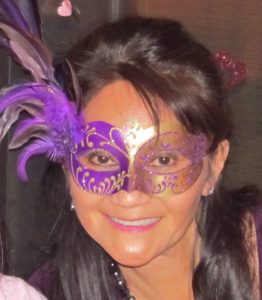 I enjoy watching people dress up in their costumes for Halloween as it shows a side of them they’d like to represent without being judged or criticized.  In Marriage Counseling couples share they have to pretend to be a certain person other than themselves at certain times.  Some say they hide behind a mask throughout the year.  Some people hide their true selves for fear of rejection.  Some couples I work with hide behind a mask of smiles and never argue or say what they truly feel so as to avoid conflict.  They are unable to say what they need or want to say to each other, therefore, never really being able to connect with one another.  They dare not say what they really want to say in order to keep the “peace” within their relationship.  By not taking the risk in sharing their thoughts and emotions intimacy is never developed and years down the road they say they don’t feel any connection with one another although they say they “get along” quite nicely. Roommates is what I typically hear them say about their relationship.

So if you think you hide behind a mask most of the time and want to be less “Conflict Avoidant” I can help you learn how to express yourself more effectively to bring about the intimacy and connection you truly desire. Take off that mask and allow your True Self to show up.  Express yourself in ways you never have before.  Call me at (858) 735-1139 and get the relationship that you know you want.