Why Men Cheat.  Some real reasons why men cheat have been revealed in a survey by Dr. Gary Neuman asking the question how much do you know about infidelity and Why Do Men Cheat?  Fifteen questions were surveyed and the following answers came up regarding unfaithful husbands and cheating: 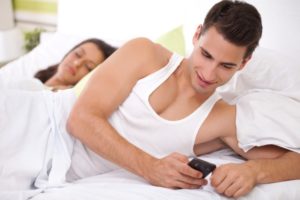 1.   Over 50 million men are currently cheating on their wives in the United States.

2.   50% of cheating husbands have multiple affairs.

3.   10% of cheating husbands say their marriages have absolutely nothing to do with their cheating.

4.   10% tell their wives they’ve cheated without being questioned.

6.   1/3 say they never feel guilty about cheating on their wives.

7.   The number one signal that a husband is cheating or on the road to cheating is more time spent away from home.

8.   10% say they cheat because they are predominantly unhappy with their sex lives.

9.   10% say their wives’ looks are the number one cause of sexual dissatisfaction in the relationship.

10.  10% say their mistresses are better looking or have better bodies than their wives.

12  The number one reason husbands say they feel emotional dissatisfaction is they feel unappreciated or their wives are not thoughtful or caring.

13.  The average U.S. couple spends about 10 minutes talking to each other on a daily basis.

14.  75% of cheating husbands have close friends who also cheat.

15.  Over 50% of cheating husbands witnessed their fathers cheat on their mothers.

Grows apart; Fallen out of love 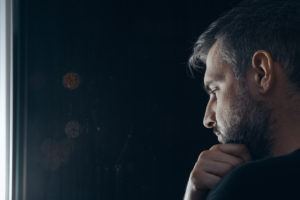 As it appears 92% of men said it wasn’t primarily about the sex.  The majority said it was about an emotional disconnection, specifically a sense of feeling underappreciated and a lack of thoughtful gestures.  Men are just as emotional beings as females.  They just don’t look like it or seem like it as they don’t often share their emotions and tell us that.  Men take on the daily worries of paying the bills, taking care of their wives and children and other household responsibilities.  It’s very easy for couples to drift away from appreciating one another.  Men can appear strong, capable and powerful, but deep down they are insecure like everyone else.  They are looking to be valued and built up as they feel the pressures of having to provide.

Of course, there is no excuse or justification for cheating.  And by no means is any wife to be blamed for her husband’s adulterous acts.  It is recommended that wives be more forthcoming with their praise of their husbands and tell him that you appreciate what he does.  Men and women get married because they want one person in the entire world to really think we’re wonderful for doing all the things that we do.  We all want the same thing.  The more we give the more we want in return.

Your marriage doesn’t have to fall into this category. Call me at (858) 735-1139 and we can certainly talk more about what you can put in place so your marriage is protected from the above statistics.