Signs My Husband Has Asperger’s. What exactly is Asperger’s? Asperger’s syndrome is a developmental disorder characterized as an autism spectrum disorder (ASD) that impairs development in communication, social interaction, and behavior. The precise causes of autistic disorders have not been identified, although an inherited (genetic) component is believed to be involved. Supporting this idea is the fact that Asperger’s syndrome has been observed to run in families. Based on my clinical observations of my husband and his parents, he may have inherited it from one or both of them. Does your husband ever display these types of behavior. I know mine does.

Signs My Husband Has Asperger’s

Signs My Husband Has Asperger’s:

My husband is a kind, generous, and intelligent man. We’ve been married for over 20 years. Often quiet in his demeanor and less animated than myself, my friends thought we were an unlikely match. I know now what I didn’t realize then is my husbands’s comments and behavior offended some and made others feel uncomfortable. As the years went by I started to observe and experience a dynamic between us that consequently lead to feelings of loneliness, frustration, and irritability. He behaved in ways that were almost hurtful and rude. 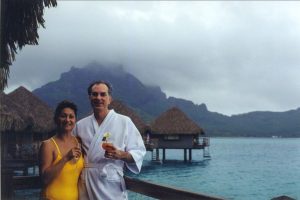 As a Marriage Counselor who is married to someone on the spectrum, I work with Neurodiverse Couples (one partner has Asperger’s AS and the other does not, Neurotypical NT). Because I’ve lived with my AS husband for over 20 years, I am able to help women who suffer from what is referred to as Cassandra Syndrome where the NT partner experiences psychological trauma from attempting to have a close personal relationship with a person who has deficiencies in interpersonal relationships, in areas such as reciprocity, compassion, empathy, recognition of facial expressions, putting themselves in another’s shoes, and a constellation of features known as “mind blindness.”

During the first decade of our marriage, I was experiencing psychological and emotional distress. The daily trauma of living with an AS can best be described as ongoing traumatic relationship syndrome (OTRS) aka known as Cassandra Syndrome. Even if someone comes into a relationship with a strong sense of self-esteem, it can still be demolished by a partner who has difficulty showing empathy. During the years before we obtained an unofficial diagnosis, I was quite troubled. I was so unhappy I wanted to leave the relationship. I didn’t like the way I felt as I was acting out emotions where I was angry, unreasonable, hurtful and verbally abusive. There was either something terribly wrong with me or there was some psychological challenge with him.