Overcoming Codependency – Stop Being A Chameleon.  Just Be Yourself.  Some don’t know how to do that. Do you find yourself constantly trying to please other people? Do you seek their approval? Do you like the label people pleaser? Do you know that most people pleasers are not happy people.  Being a people pleaser can be exhausting and they can become a resentful and angry person.  Most of us were raised not to be selfish and help those in need.  That’s a good thing if you’re able to place appropriate boundaries and set good limits in order to do so.  Some people don’t know the difference between being helpful and being Codependent. 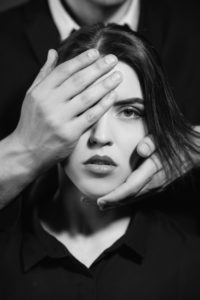 A working definition of Codependency is an “Underdeveloped self esteem (dysfunctional boundaries) combined with an inappropriate caring for others (invading a boundary), and an inappropriate reliance on another’s response (having poor boundaries), in a negatively reinforcing loop”. In “Codependency for Dummies” Darlene Lancer defines it as someone “who can’t function from his or her innate self, and instead, organizes thinking and behavior around a substance, process, or other person(s),” thus all addicts are included.  Codependents are caring people, and there is nothing wrong with nurturing; we are meant to be interdependent.  Just a little self-examination, and redirection, may have you on a more fulfilling path.

Some symptoms of Codependency include: 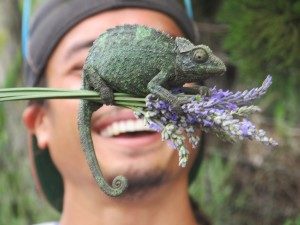 Codependency often involves placing a lower priority on one’s own needs, while being excessively preoccupied with the needs of others.  When you lose your Sense of Self because you are doing too much for others you become an angry person who may present with Depressed symptoms not to mention physical ailments.  It is recommended to talk to someone who can help sort out what is healthy behavior in a relationship and what is Codependency.  In Couples Counseling or Marriage Counseling I refer to individuals who experience some Codependent symptoms as Cameleons because they tend to become whoever it is they are in the present company of.  They tend to overfunction and take on too much responsibility for others in their life becoming resentful and angry people as those people tend to underfunction making life for the Codependent exhausting and frustrating.  I always thought Chameleons change color in response to their environment. However, after doing some research it seems they change color based on temperature, light intensity, and mood.  In the same respect Codependents can appear like Chameleons in that they change to accommodate who they are with rather than just be who they are.

If you are experiencing unhappy feelings in most of your relationships you may be exercising some codependent behaviors. Treatment for codependency will enlighten you on how to give and live well, without guilt or fear. In counseling you learn much more than just saying “no” to others. You’ll learn how to say “yes” to yourself independently and interdependently to develop healthy relationships.

For more information about how to start concentrating on yourself and getting your own needs met so you can have more appropriate relationships, please contact me at (858) 735-1139.