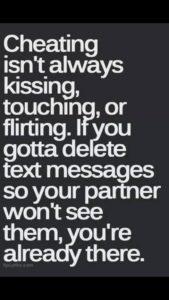 An emotional affair vs. sexual affairs is the act of behaving unfaithfully and cheating on a spouse or significant other.  Sexual intercourse may or may not occur.

Victoria Milan, a dating site for people seeking affairs, asked 5,000 of its members how they feel about an Emotional vs. Sexual Affairs.  “Many people are searching for affection, a deep connection that can lead to real feelings, not just sex,” said Victoria Milan, CEO Sigurd Vedal.  “What kind of cheating is more painful?  It totally depends on the individual, and maybe on gender as well.”

As you can see from the results listed below, men and women have very different ideas about what is forgivable and what is not. Emotional vs. Sexual Affairs