Halloween With My Asperger Husband. Before we understood my husband was on the autism spectrum he displayed some odd behavior. During the beginning of our marriage this odd behavior was challenging in that his communication was a bit hit and miss. Because I love and care about him I just thought he was peculiar in a “geek” kind of way. He is quite cerebral so his IQ is so much higher than his EQ (emotional quotient). IQ tests measure your ability to solve problems, use logic, and grasp or communicate complex ideas. EQ is important for emotional connection because without it couples can feel like they are roommates rather than romantic partners. 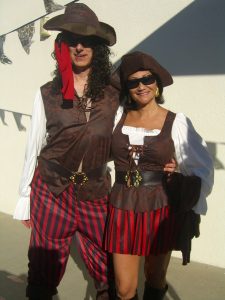 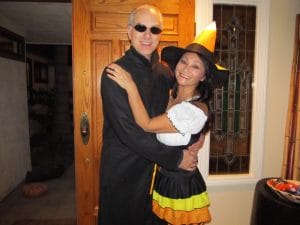 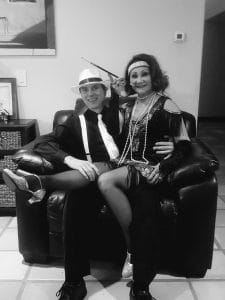 Halloween With My Asperger Husband

During Halloween I noticed my husband felt comfortable in his costume of choice. It was somewhat of an alter ego where he could comfortably behave as the character he was dressed up as. Asperger’s and comorbidity of anxiety and depression can make social situations very taxing. As easy as it is for us neurotypicals to engage in conversation, asking questions of my husband is like a deer in front of headlights.  It is nerve racking and uncomfortable. 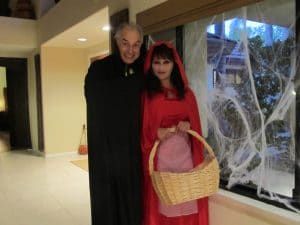 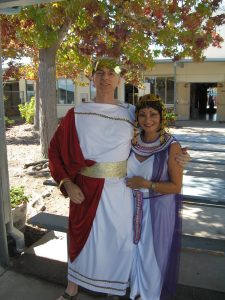 In costume my husband could feel free to express his feelings as being in character felt safer than being himself. He tends to feel awkward in most situations and appears quiet and antisocial. As a pirate he can become animated and sound like Captain Jack Sparrow of the Pirates of the Caribbean. As a cowboy from Toy Story he comes to life as Tom Hank’s character Woody. As a gangster he takes on the enigmatic persona of a powerful ladies man. I love Halloween because it gives my husband the opportunity to strut some of his emotional intelligence. And I find that very sexy.

When I need him to behave in a certain way for particular social situations I tell him to get into the Jack Sparrow character, or the cowboy Woody. When I want him to be mysterious and assertive in the romantic arena I suggest he behave like the gangsters from The Godfather. Some of you may think this is strange but it works for us. Every year we look forward to selecting new costumes and acting out the roles of each. It’s fun, but more importantly, it can be a great tool for someone on the spectrum when needing to know how to behave.

When the costumes are put away for another year they may be in storage, but are still utilized as useful tools in helping my husband not only in social situations, but, in our day to day interaction to enable us to behave in a way that makes us feel less vulnerable.

When working with neurodiverse couples I help them put a systems in place, acquire tools for communication, learn to become more relational, and continue to coach them so both get what they need and want out of their relationship.

For more information on neurodiverse couples counseling please contact me at (858) 735-1139 or go to my website CouplesCounselorSanDiego.com

Living With An Asperger Husband. After finishing my book, “Happy Me Happy We: Six Steps To Know Yourself So You Know What You Want In A Relationship,” I understand the root of happiness starts within yourself. Our external environment can affect our ability to make choices that make us happy or unhappy. When you concentrate on yourself and what you want things fall in place to make your life more functional and content. It’s a game changer when you start with you and what you want. Sometimes codependency makes for getting other people’s needs met over our own. We become codependent as a means of survival in some families as you grow up. Asking for what you need and want for some growing up was deemed as disrespectful and selfish. And often times met with negative reinforcement in the form of judgment, criticism, and abuse. 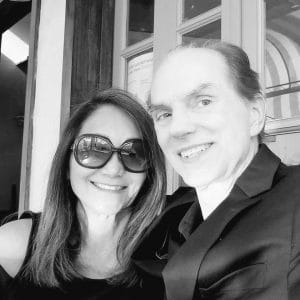 Living With An Asperger Husband

As a Marriage and Family Therapist I help you reframe the negative experiences you had to bear as a young child (inner child). I help your Functional Adult manage those scary feelings from childhood to assert oneself so you get what you need and want. As a Certified Neurodiverse Couples Counselor I help the Neurotypical (which is typically the wife) manage Cassandra Syndrome aka ongoing traumatic syndrome. Feeling like you are losing your sense of self is frustrating and disheartening. You can tend to feel like leaving your marriage as saving your sense of well being becomes the focus for survival.

Living With An Asperger Husband 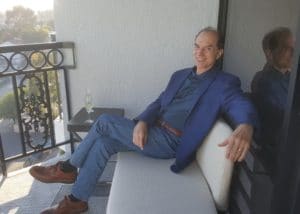 Living with an Asperger husband is very challenging. Even during what can be deemed as stable times can instantly turn into another awful situation where feelings are hurt and anger increases. I lived a life that was confusing to say the least. As a clinician, I was flabbergasted when I realized my husband had Asperger’s. For 10 of our 23 years of marriage we had major problems with communication. My husband is a highly intelligent and kind person so I didn’t think he was doing these inconsiderate behaviors on purpose. I had a meltdown every six weeks and threatened divorce over and over again. Threatening the relationship is never appropriate as it undermines any chance of safety and security within the dyad. My acting out behavior included yelling, cursing, belittling, threatening, and name calling. I’m ashamed of my behavior because I should know better. However, I am only human and am not immune to what living with a person on the Spectrum can do to one’s self esteem.

I desperately needed tools to better communicate with one another. Traditional marriage counseling was a total waste of time. I did appreciate it being part of the process in educating myself about Autism Spectrum Disorder. I studied many journal articles written on the subject and became certified as a Neurodiverse Couples Counselor through Asperger/Autism Network AANE. 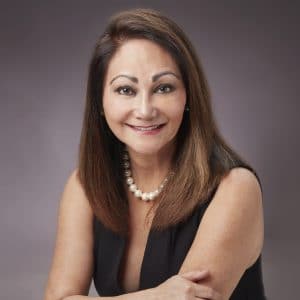 Through neurodiverse couples counseling, my husband and I recognize and understand that we speak different languages and have very different perspectives. We have effective tools to initiate conversation, share thoughts and feelings, and ask for what we need and want. We have learned to be explicit in saying what we need to say and describing what it looks like so we get a visual of what is being talked about. We’re not perfect and I still have meltdowns every now and then but they aren’t as devastating as they were in the past. Understanding is key and acquiring tools to show each other empathy is a game changer.

For more  information on managing your life with your Asperger husband please contact me at (858) 735-1139 or through my website CouplesCounselorSanDiego.com 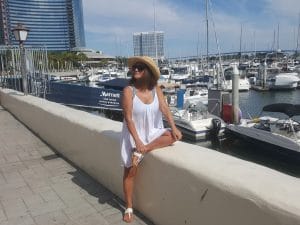 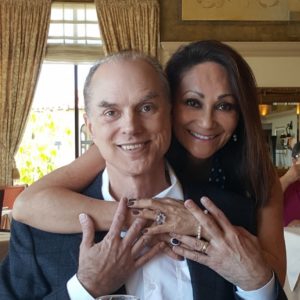