What To Know About Breakups. One of the biggest challenges on mental health is obsessing about relationships that are in the process of ending, have ended, or should end. As a Marriage Counselor working with couples, married or not married, I utilize strategies for navigating what one can and cannot control when their relationship ends.

I recently worked with a couple who came in due to infidelity. The Hurt Partner (female) stated she wanted to work on Affair Recovery. The Affair Partner (male) was willing to go through the process and took responsibility for his behavior. During the course of counseling the hurt partner continued to inappropriately act out her emotions of hurt, anger, and disappointment by yelling, blowing up his phone, showing up at his office unannounced, etc.  According to the Affair Partner her melt downs and inability to manage her feelings validated his decision to end their 5 year relationship as he realized his betrayal was one of many issues the couple faced.

His decision blindsided her and she was left devastated. Reconciliation was not an option as his decision was final for all of his valid reasons. Both were experiencing grief and loss. 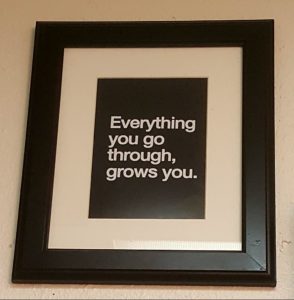 With mixed emotions they individually sought counseling with me to try and understand what happened. Breakups are awful. The one who wants to leave the relationship feels just as bad as the person who was left. (See blog: Dumpers and Dumpees)

Both asked what they can do to manage their feelings about the breakup. The best thing you can do during a breakup is to concentrate on yourself. Spend time focusing on “self” rather than “other.” Everyone has their own way of healing. Sometimes that way is not conducive to the other person. You can’t control anyone but yourself. Develop a support system.  Stay off of social media so you can concentrate on yourself and not what your “ex” is doing. Journal your feelings and what you learned about yourself in this relationship.  Your breakup can be a means to grow. Take advantage of the time alone.  Become the person someone would want to grow old with.