Second Marriages Do Last.  Statistics show that in the U.S., 50% percent of first marriages end in divorce.  67% for second marriages and 74% of thirds.  Second marriages have difficulty for a number of reasons. First, newly divorced people tend to marry on the rebound, second, once a person discovers that he or she can survive a divorce, they are less wary of going through the process again and third, when a family becomes blended there are extra set of circumstances creating disharmony. 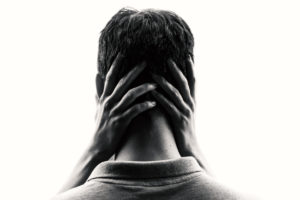 After dating my first husband for 7 years then marrying for 9 I became part of the 50% statistic on first marriages ending in divorce.  The marriage had its pros and cons, however, in the long run, we became too differentiated to want to stay together.  First marriages have its advantages as there is quite a bit of growth involved in something that was once desired ending in a process that includes grief and loss.

As a Marriage Counselor, I work with many couples who experience such a loss.  I help them understand that sometimes losses are necessary to continue to evolve into the person you are eventually becoming.  When I became divorced, I was managing a range of emotions as I was the one who wanted it.  Guilt was something I anguished over for the longest time.  Guilt by definition (Merriam-Webster), the state of one who has committed an offense especially consciously; feelings of deserving blame especially for imagined offenses or from a sense of inadequacy.  In retrospect, I came to understand that guilt was an inappropriate feeling.  In practicing self-care, I evolved into a person who despite a second marriage, is capable of exercising appropriate behavior for the betterment of anyone thought to be a casualty. 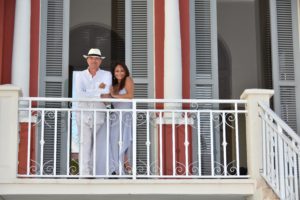 As a Marriage Counselor, I share parts of my life experience to show empathy for and offer encouragement to the couples that enter the Marriage Counseling process.  I know the trials and tribulations of ending a marriage and starting a new one.  I have been married for 20 years.  I am a blended family in that I have a daughter, 29, from my first marriage and a daughter, 17 from my second.  I would be lying if I said the second time around was easier.  I believe it was just as challenging but more manageable as I possessed successful communication tools for staying in my “Adult Self.”

Last week I wrote a blog about couples receiving Premarital Counseling.  As a Marriage Counselor, I work with many couples who did not receive Premarital education and are dealing with the consequences of the neglect.  Some reasons given include, they didn’t know about it, they didn’t think they needed it as they “got along so well,” we went through our church, or we didn’t want to spend the money.  In that last blog, I emphasized the fact that many weddings cost as much as down payments on real estate.  What’s up with spending a fraction of that cost to ensure more stability for moving forward as relationships are work.  Why not acquire tools to manage conflict and effectively communicate so as to last long-term?

As I relish in that fact that I beat the odds for another divorce, I am happy to say being able to provide services to Couples in need of acquiring tools and a process in which to successfully move forward is why I do what I do.