Should School Start Later?  As a parent, you want the best for your children.  That includes physical, emotional and psychological well-being.  Are you guilty of nagging your teenage kid to get to bed early so they get enough sleep?  We’ve been told by health experts, and it’s conventional wisdom that we should sleep between seven and eight hours for good health. Yet, the assumption that an eight-hour block of sleep is the ideal or norm may be a myth and for teenagers, according to this article by Rachel Ruggera is not even feasible. According to the Centers for Disease Control and Prevention adolescents who do not get enough sleep are more likely to be overweight; not engage in daily physical activity, suffer from symptoms of depression, engage in risky behaviors such as drinking, smoking tobacco and using illicit drugs, and perform poorly in school.

As a parent, you want the best for your children.  That includes physical, emotional and psychological well-being.  Are you guilty of nagging your teenage kid to get to bed early so they get enough sleep?  We’ve been told by health experts, and it’s conventional wisdom that we should sleep between seven and eight hours for good health. Yet, the assumption that an eight-hour block of sleep is the ideal or norm may be a myth and for teenagers, according to this article by Rachel Ruggera is not even feasible.

In an opinion article by my daughter Rachel Rillo Ruggera, 11 grade who attends La Jolla Country Day School she writes , “sleep deprivation is plaguing students across the U.S. even after numerous studies have shown that teenagers would excel more academically and have better mental health with later school start times. 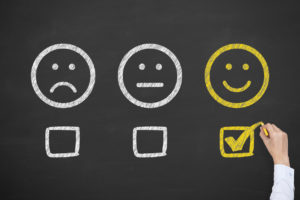 Teenagers have sleep cycles two hours later than adults, meaning that the majority can’t easily fall asleep until around 11 o’clock at night or wake up until 8 in the morning. This difference in time is because their circadian rhythm, or “internal clock”, is different from any other age group, making many teens face chronic lack of sleep throughout their entire school careers. The National Sleep Foundation suggests 8.5 to 9.5 hours per night, but for many high schoolers, this is often an unattainable and unrealistic goal. With a constant barrage of tests, projects, extracurriculars, and sports, teens barely have the time to finish homework, let alone sleep for a healthy amount of time. On average, students go to bed at 10:40 pm, leaving them the bare minimum time to sleep if school were to start at 8:30 am. Given that not all schools begin at this hour and some even have classes at 7:00 am, sleep deprivation has become a public health issue.

Schools with well-rested students have seen an improvement in academic performance and even a decline in tardiness. By improving this one widespread problem, the community would also see a reduced risk of car accidents, obesity, and depression. Studies have proven that with an appropriate amount of sleep each night, students achieve higher grades, higher standardized test scores, and an overall better quality of life.

While waking up before dawn to get to school isn’t the only cause for lack of sleep it is among one of the leading factors. Part-time jobs, extracurricular activities, excessive amounts of homework, and of course, technology can be detrimental to teenagers’ sleep. One major contributor to this problem can be easily amended by moving start times to later in the morning. If this is the case, then why aren’t school policies changing after all this evidence against early start times?

Later start times would require students to stay in class until later in the day. One argument made is that it would hurt high school sports teams by leaving them less time for after-school practice. Parents also argue that they need teens home earlier in order to take care of younger kids while they’re still at work. With this pushback from the administration and parents, schools haven’t seen significant changes since this new research has been published.

Sleep deprivation isn’t seen as a pressing issue since it has become a social norm among students and hasn’t been addressed by parents or the school. It is part of the school’s culture for students to just toughen up or study more if they aren’t successful in class. With hours of sports practice each week and pressure to add extracurriculars for college resumes, students are expected to excel in their courses at the expense of a good night’s sleep. Instead, conditions at schools should need to change to preserve their students’ mental health.” 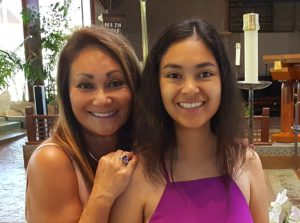 As a Marriage and Family Therapist, I would recommend you allow your teenager to sleep in as long as they need to on the weekends to catch up on the sleep they need from the prior week’s deprivation.  Don’t shame them for sleeping in late.  If they are taxed with extracurricular activities that prevent that from happening you put them in a vicious cycle where catching up on their sleep becomes a challenge.  Sometimes eliminating some extracurricular activities for the short term can set a limit that proves beneficial in the long run.  If in doubt ask your teen if setting aside an extracurricular would be something they’d like to do.  They typically know what they want and appreciate our help to get the need met.  As Rachel’s mother, asking her how I can help with this process is showing her love and support.

Last week I wrote about learning how to effectively parent and trusting your parenting skills.  When I was raising my first daughter who is now 27 years old and is a practicing attorney, I was new to parenting and had to learn what worked and what didn’t work.  As she became an adolescent and I became more experienced as a Marriage and Family Therapist I gained invaluable skills to bring her to successful adulthood.  As a Family Counselor, as well as Parent, I believe bringing an offspring (your child) to successful adulthood includes helping them in becoming a self-sufficient, independent, upstanding, responsible community member.  Helping our children know what to do in life is our primary responsibility.  Knowing why they act the way they do during certain developmental stages is helpful so you know how to help guide them during their challenges.  I am currently raising another teenage daughter and believe the following are helpful tools (courtesy of heysigmund.com): As a Marriage and Family Therapist, Couples Counselor, and Relationship Expert, it is important to know there are things to learn, mistakes to be made, boundaries to be pushed, independence to be found while parenting.  The experience is beautiful, exhausting, baffling, sometimes terrifying, overwhelming and even traumatic. Be patient and don’t take their opportunities to learn and grow away from them by taking their mistakes and their less than ideal behavior personally. Their greatest growth will come from the mistakes they make and the limits they push.  Even under ideal circumstances, they are going to make mistakes. Provided they have the support they need, their mistakes will be about their growth, not your parenting.

Acquire the tools to effectively parent and then trust those skills.  Growing up is a journey of learning, exploring and experimenting for our children and for us.  If you need help in acquiring effectively parenting tools please contact me at (858) 735-1139.

Learn Effective Parenting Then Trust Your Parenting. As a Marriage and Family Therapist working with loving parents for over 20 years I also see that some can be overbearing and project their own anxieties upon their children creating undue pressure on them and disharmony within the family.  It’s those “helicopter moms” and “controlling dads” that get in the way of effectively parenting their kids.  Don’t get me wrong, I believe we as parents need to guide our children by placing boundaries and putting limits in place so they’ll know how to take care of themselves through their process of growing up.  But that’s just the point, it’s their process, not ours.  When parents can grasp that concept their children are free to “be” who they are going to be and will have the good well-being to choose for themselves what is right for them. Often times those choices are the right choices albeit they might not be what we want. 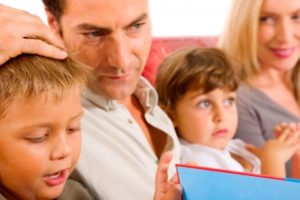 As a mother I’m not immuned to my own anxiety when I see my own children heading to bed at 11 pm and sometimes leaving the house a little later for school because of it ending up a bit tardy for her first class.  Or when they sleep in until 12 noon on weekends to catch up on her sleep.  My mother used to say I was lazy for sleeping in so late on the weekends when in fact science indicates a teenager’s sleep cycle will change.  Their circadian rhythm will move them about three hours past where they were as kids.  This is referred to as “sleep phase delay.” This means they will fall asleep three hours past the time they used to and unless they are completely exhausted, it will be biologically very difficult for them to fall asleep earlier.  If you didn’t know that as a parent you could be experiencing Power Struggles with your child and that would create disharmony between you.

As a Marriage Counselor who works with single parents and intact families I help parents learn and understand childhood developmental stages.  With knowledge comes a better understanding of how to raise and parent our children and get the outcome we all want.  When it comes to teenagers, as much as we want more hands on, for obvious reasons, the more we are to trust and give them their independence so they can learn to make the right choices for themselves.