Are Open Marriages Happier Marriages?  There’s an article in the New York Times that share the experiences of nonmonogamous couples and what they say about love and trust http://nyti.ms/2q5fqrA  I found the article very interesting and appreciated both the author’s perspective and the couples’ story about their marriages.  As a Marriage and Family Therapist, I utilize approaches used by author Tammy Nelson and various other Sex Therapists who work with couples who are in nontraditional relationships. The frequency in which I see more nonmonogamous couples whose ideas about fidelity are more open than when I started my practice 25 years ago have substantially increased.  Therefore, I have accommodated my work to help those who are in and want to be in consensual nonmonogamous relationships.

As a Marriage/Couples Counselor, I specialize in Infidelity and Affair Recovery.  I’m working with a particular couple where the wife is the Affair Partner, she cheated on her husband, and the Hurt Partner (the husband), is the one who got cheated on.  Both want to repair and move forward to try and make a better relationship as they have children.  For the most part, their family works nicely together in that they have similar parently styles and manage the household diplomatically.  Of course, there’s more to a relationship than being able to take care of tasks, intimacy is desired.

The wife, in this case, loves her husband but doesn’t believe she is “in love” with him anymore.  Having had the affair she has experienced a “sexual awakening” and her sexual desires have stretched to wanting more than what she was taught growing up.  Throughout the recovery process, she has stated she believes she wants to move forward in a nonmonogamous marriage.  He is still contemplating whether or not he wants this or can even do this. 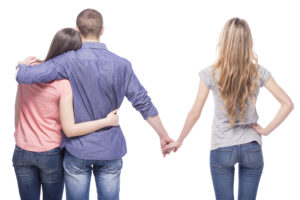 They ask me if open marriages are happier marriages.  In my personal and professional opinion, I say, “not necessarily happier, as much as they are more functional and durable for the long haul.”  As people are living longer these days relationships can tend to experience ebbs and flows.  Some couples don’t want the option of divorce as their primary relationship works on a lot of levels.  Sometimes the excitement of continued heightened intimacy can wane as being together with the same partner can be familiar and familiarity sometimes brings about a lack of novelty that can diminish sexual excitement. Opening up the marriage to meeting new people, not just for sexual experiences but for emotional and intellectual stimulation can make all the difference in becoming more interested in life again and what life has to offer.  With that feeling the primary relationship can benefit and feel brand new again.  That’s what I believe makes a marriage happier with opening up the relationship.  Why give up on many years of developing a beautiful life together just because the sex component dried up.  Revive it by bringing something new into your lives. 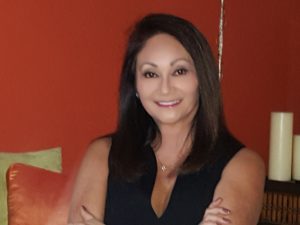 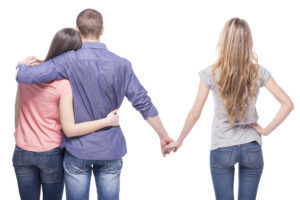 Polyamory isn’t for everyone.  Most people never stop to ask themselves whether their personal characteristics make them better suited for monogamy or polyamory or for each at different stages of their life.  These days many young people have much more awareness than previous generations that they do have a conscious choice whether or not to practice monogamy.  Polyamory is not solely about having multiple partners as it is a fluid process of checking in with oneself to see what actually feels appropriate with each person in any given situation.  We tend to be influenced by the conditioning received in the families we grow up in or the current social norms.

While heterosexual monogamous marriage is still the ideal in much of the world, subcultures where polyamory, homosexuality or bisexuality are the norm are becoming more visible and gaining respectability.  More people are deciding to remain single or to live together without getting married.  This is especially true if they choose to not have children.  So is polyamory for you? Personality traits for polyamory lifestyles can be complex and demanding.  It requires a high level of self-awareness and interpersonal skills than with monogamy which according to “Deborah Anapol” include:

1.   A talent for intimate relating

Polyamory means having simultaneous close emotional, and possibly sexual relationships with two or more other individuals with the knowledge and consent of all partners concerned.  The growing practice of polyamory in the United States indicates a significant shift in the way marriage and intimate relationships have evolved over the past few decades.  Couples Couseling can be a venue in which to discuss whether polyamory is something you want to incorporate into your lifestyle.  If you are interested in more information about polyamory and if it may be a lovestyle choice for you, please contact me at (858) 735-1139 or email me at [email protected]