How To Talk To Someone With Autism. Asperger’s is a previously used diagnosis on the autism spectrum. In 2013 Asperger’s became part of one umbrella diagnosis now known as Autism Spectrum Disorder (ASD) in the Diagnostic and Statistical Manual of Mental Disorders 5 (DSM-5). “If you’ve met one person with Asperger’s you’ve met one person with Asperger’s.” – Dr. Stephen M. Shore (a former AANE Board President) We’ve all come across people with odd behavior. No one’s perfect and who’s to say I don’t have odd behavior. “He without sin cast the first stone.” – John 8:1-11 Meaning only those who are faultless have the right to pass judgment upon others (implying that no one is faultless and that, therefore, no one has such a right to pass judgment). As human beings we tend to judge and criticize things we know little about. Rather than mock at something that is foreign, learn more about why it could be making you feel uncomfortable. People with Asperger’s don’t realize they are behaving in ways that make the general population uneasy. If you think you feel anxiety around a person with Asperger’s they feel the same way interacting with neurotypicals. 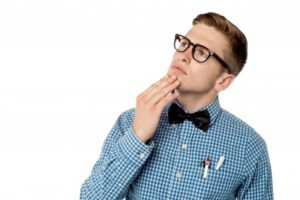 How To Talk To Someone With Autism

I happen to be married to a man on the Autism Spectrum. Even though Asperger’s is no longer used clinically, we both find the term “Aspie” endearing, so I continue to use the term in my writings. I apologize if it offends some people but I mean no disrespect when using the term.

When we meet people we either connect, don’t connect, or are indifferent. When talking to a person on the Autism Spectrum they may appear aloof, indifferent, or even rude. They don’t mean to be but social settings can be anxiety provoking for some. Aspies can make you feel uncomfortable but, guess what, neurotypicals make them feel the same way. Expressing themselves can be difficult as they don’t always have the words to express their feelings. Aspies can tend to become overloaded (flooded with emotions) when interacting and stimming is a way to manage sensory stimuli like loud noises or bright light. Examples of stimming include rocking, flapping hands, flicking or snapping fingers, or twirling or bouncing when sitting or standing. My husband tends to rub his index finger or middle finger against his thumbs. They may miss nonverbal cues come off as stupid, mean or offensive. 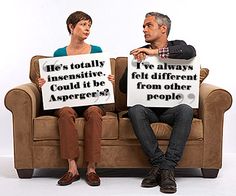 People not on the spectrum form conclusions during conversation based on nonverbal and emotional cues. If you notice that the person you’re talking to isn’t doing that, you might be talking to someone on the autism spectrum. To demonstrate the challenges that Aspies go through, try closing your eyes the next time somebody is talking to you. It will give you some perspective on how much they are missing then in conversation.

When speaking to someone with Autism:

For more information on being more mindful when talking to someone on the Autism Spectrum contact me at (858) 735-1139 or visit my website CouplesCounselorSanDiego.com

Relationship Coaching. People often ask me what’s the difference between a life coach and a therapist? One of the most fundamental differences lies in the process and purpose. Therapists help clients explore the cause(s) of their problems. As we are products of our upbringing that often means digging into past traumas, hurts, or unhealthy patterns. Therapists help their clients understand how they got to where they are and how to break what can sometimes be destructive habits. Therapist are trained to treat mental, emotional, and psychological disorders. 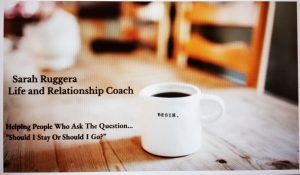 Coaches on the other hand, focus on their clients’ futures. They help their clients identify actions that will move them forward and introduce strategies for solving problems and overcoming obstacles. Coaches help their clients build the bridge from where they are to where they want to be. A relationship coach is someone who supports individuals and couples in learning vital skills for relating, especially in marriages and romantic partnerships. Relationship coaches teach you to develop conflict resolution skills and offer tools to deepen intimacy and pleasure. The couple determines what they want to work on or enhance. The coaching gets that couple results sooner rather than later unlike talk therapy where the process can take longer due to gathering information from individual sessions to assess for personal issues that may affect couple’s issues.

As I have helped more than 2,000 couples over the past 25 years I have the professional and personal experience to move couples into the 21st Century getting them what they want. For more information on life and relationship coaching please contact me at (858) 735-1139 or visit my website at CouplesCounselorSanDiego.com