Polyamory or Monogamy Which One Is For You?  Polyamory means having simultaneous close emotional and possibly sexual relationships with two or more other individuals with the knowledge and consent of all partners concerned.  The growing practice of polyamory in the United States indicates a significant shift in the way marriage and intimate relationships have evolved over the past few decades. For some individuals, monogamy could be a better choice and for others, polyamory may be a better fit. How do you know which one is best for you?  If you’re not sure what would work for you, I highly suggest you find out sooner rather than later, especially before you get involved in a committed relationship since compatibility seems to be the name of the game.  Polyamory is a new language for alternatives to monogamous relating.  Consensual non-monogamy and the New Monogamy is the preferred term in the academic world and is being talked about in Marital Counseling in my office as well as other clinicians who provide counseling to non-traditional lifestylers throughout the country.  This cultural obsession with monogamy has headed in the same direction as the gold standard, slavery, and for the younger generation, dating in general.  What I mean is, while serial monogamy is more popular than ever, lifelong monogamy is obsolete and whether we like it or not, polyamory is catching on.  Here is the latest information from author Deborah Anapol from “Love Without Limits.”

1. There is no evidence that monogamy is better in terms of relationship longevity, health, sexual satisfaction, happiness or emotional intimacy. There is also no evidence that polyamory is better.  Given that information, individuals should go on what feels right to them and their partners.

3.  Polyamory is not necessarily easy, especially if family of origin issues and personal issues are not addressed and still present as issues.

4.  Women are not necessarily in favor of monogamy.  They don’t appreciate being lied to or having to go along with a double standard. 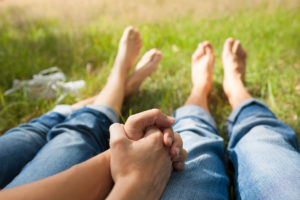 It’s extremely rare these days to find someone who has had only one sexual partner or “significant other” throughout his or her life.  There are definitely some people who are far better off taking it one person at a time, and then there are those who can have multiple partners sequentially or at the same time.  There are those who practice polyamory with ingenuity and vulnerability and those who justify what they refer to as polyamory but is really self-deception and lack of integrity by indulging in multiple affairs as a means of hedonism.

What’s important is not so much the Glamour of multi-partner relating as it is allowing Love to dictate the form rather than attempting to force Love into whatever Mold the mind has decided is right.  Polyamory is less about how many people you are having sex with or feeling love for than it is about allowing love (not lust) to lead you into whatever form is appropriate.

As a Marriage Counselor, I see a diversity of relationship forms in Marriage Counseling.  Whether working with Monogamous Couples or Polyamorists I have no position on whether people, in general, should be monogamous or not.  That fact is that it is very rare to find anyone who has had only one sexual partner for his or her entire life.  Monogamy works for some people and does not for others.  It’s a matter of what works for you and your relationship.  Having a dialogue about what you want in your relationship is a start.

In Couples Counseling I help Couples initiate a conversation that may seem difficult and make them feel vulnerable, as talking about what you want sexually is unfamiliar and awkward to some.  As a Therapist, I characterize my position on polyamory as Pro-choice rather than anti-monogamy and have no position on whether people in general “should” be monogamous or not.  It is encouraged for people to do what is right for them.  There is no judgment or criticism in however you choose to relate to your relationship.  What works for one person may not be the same for all people or even for the same person in different stages in life.