Why Married Men Don’t Cheat.  According to the Journal of Marital and Family Therapy dated 9/8/2013 22% of married men have strayed at least once during their married lives.  There have been many articles written by experts in the field as to why men cheat.  In 1995, Sheppard, Nelso & Andreoli-Mathie, reported men cheat because they are unsatisfied sexually.  Another study reported men cheat due to a lack of communication, understanding, and sexual incompatibility, (Roscoe, Cavanaugh, & Kennedy 1988). Marital dissatisfaction was the main reason cited in the 20th Century for infidelity for both male and female, however, there are many other reasons why men cheat and not just because they “can.”  There are also reasons why men don’t cheat.  A recent  article in AARP magazine by Joe Queenan takes a look into the mind of the male monogamist.  He states some men stay in their marriages without the stain of infidelity because men are: As my ex-husband once said, “I’d never cheat because I’m too lazy, having an affair would be too much work.”  Men like to relax after a hard days work.  Downloading in their Man Cave drinking a beer, watching sports, on their computer, etc.  Romance, by contrast, is allot of work.  You have to shower, smell good, shave, exercise courtship behavior like buy flowers, go on dates and engage in conversation.  Cheating would require all of the above times two, the wife and the mistress.  Extramarital affairs are too exhausting if you consider wanting to make both women happy.

According to Queenan, “You might see a 10 with an 8, or an 8 with a 5, but you never see a 9 with a 2.”  That’s the reason unattractive men do not cheat on their wives.  “An ugly man is so happy that he found one woman willing to gaze at his dreadful countenance for the next 40 years” that he’s grateful and isn’t willing to risk everything by cheating on her.

Taking women out on dates require a fair amount of financial resources and that’s additional money from the household income.  Often times men having affairs spend money on the same presents and dates for both their wives and mistresses.

Fearful of getting caught

Men know they aren’t as good at multitasking as most women and also know they don’t have that great of memory or are very organized.  So “shady” behavior like engaging in an affair is too risky in that they may get caught and don’t want to deal with the consequences of getting caught.

Under the assumption Affairs are time-consuming

There aren’t enough hours in the day to maintain an extramarital affair as having a mistress exerts as much energy as having a wife and family at home.  Their individual time gets narrowed down to no time and nobody gets the best of his time, not even himself.

(Bores) and can’t get dates

Just like the unattractive guys, boring guys are happy that they are able to find one woman who finds them half way interesting and although may think about cheating couldn’t find anyone interested in them to take them on.

They’ve seen the movie “Fatal Attraction” and bottom line they aren’t really good at it. 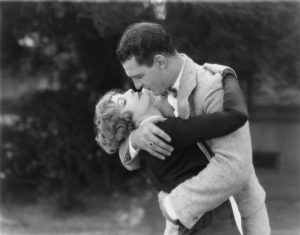 Neuropsychologist state there’s an area in the brain located in the frontal lobe that supports self-control processes.  These processes are referred to as “executive functions” and involve the ability to plan, inhibit or delay responding.  Resisting the temptation to cheat requires cognitive (thinking) effort. If you possess a high level of executive control, you probably are less likely to cheat on your partner as your way of thinking includes more inhibition and delayed immediate gratification capability opposed to someone with less executive control.  Whenever someone must focus hard on a task and ignore distractions, this area is particularly active. The extent to which these areas of the brain light up predicts a lot of important outcomes, including whether people are likely to follow the rule norms of society, resist a wide variety of temptations, and engage in risky behaviors.

Other Reasons Married Men Don’t Cheat have to do with character and good moral judgement.  A few to mention include:

Integrity – a promise was made to vows; a commitment was given to exclusivity

Happy with wife – being in love their wife enhances the faithfulness

Their wife doesn’t give them any reason to stray

The bottom line in deciding to engage in an affair happens to be a personal choice.  In Marriage Counseling I hear various reasons why affairs started.  They range from reasonable and understandable to the ridiculous.  As a Therapist who specializes in Affair Recovery, I believe affairs are symptoms of other problems that are being acted inappropriately when the initial step to prevent such behavior would be to talk to your partner about your feelings and go from there.  Marriage Therapy can give you the opportunity to talk about what you want in your relationship and how you can integrate that part of yourself that you feel while engaging in an affair.  Whilst married men who do not engage in affairs apparently are able to manage that part of themselves there are some who are not.  Bravo to those who can.