The truth to understanding men.  For ages women have come together over cocktails, coffee, lunch and late night chats to analyze the never ending puzzling behavior of men. Men are technically very simple beings, not complicated at all.  Seldom are there mixed messages.

It’s usually what you see is what you get.  Their actions or behaviors absolutely show how they feel.  Women can spend allot of time and energy trying to figure out what the “hidden” signs or “underlying messages” mean.  When simply put if a guy is into you he’s into you.  If he’s not, he’s not.  His behavior will definitely tell you one way or the other.  No need to take a course in how to tell the difference.  The book entitled “He’s Just Not That Into You” by Behrendt and Tuccillo comically depicts what guys’ behavior really mean and what women should pay attention to so that they stop obsessing over what is and isn’t happening.  Myths about why men aren’t into women include some of the following ridiculous reasons.  He’s just not that into you if: 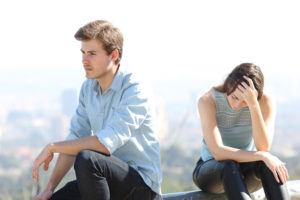 Other reasons women give themselves as excuses are:

1.   maybe he doesn’t want to ruin the friendship

2.   maybe he’s intimidated by me or my profession

When it comes to men, deal with them as they are, not how you would like them to be.  It’s an infuriating concept but very true.  If the female has to be the aggressor, have to pursue, has to do the asking out 9 out of 10 times, then, more than likely, he’s just not that into you.  Just because that’s so doesn’t mean there is anything wrong with that particular female.  Ladies, don’t take it too seriously when men don’t do what they say they are going to do when it comes to courting you.  Develop the skills to be confident and strong enough to move on from these guys who need to find someone they are into.  Just as you will find someone who will be into you because you hold the attractiveness for yourself to lead the right person into your path.

I’m not suggesting you sit around and wait being bored and unhappy.  I am recommending you date men who ask you out and learn from each relationship so when the right person comes along you will know how to behave in that relationship so that it becomes a keeper. Remember look at the behavior.  If he isn’t asking you out or he hasn’t asked you out again, more than likely he just isn’t that into you.  Move on and find someone who is.  It doesn’t mean there’s anything wrong with you.  It just means there wasn’t a connection. Oh well….next.