What Is Breakup Sex? Breakup sex is the bittersweet, passionate sex you have with your partner shortly after or shortly before breaking up with them. Some people consider sex after a break up to be even better than make-up sex. The exciting nature of “goodbye” sex is due to its unique circumstances: This is the last chance to enjoy sex with each other. Sometimes sex after a break up can be the best sex ever. In other words, “one for the road,” “the last hurrah.” 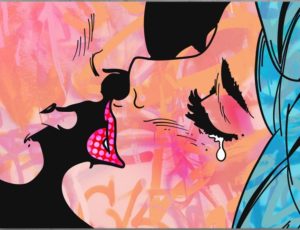 what is breakup sex

The psychology behind sex after a break up reveals why this questionable decision can feel super hot and awesome in the moment. Sex is exciting when their are no other expectations than arriving at an orgasm. Sex after a breakup can also be some form of denial that the relationship will actually be over. Having sex can be seen as an implicit way of saying the relationship is not over.

Breakup sex is one facet in the drawn-out process of ending a relationship. Most people think relational collapses are an immediate event when in fact, they aren’t.  Instead, breaking up is part of an ongoing process.  And having sex one last time can be an important part of letting go of that person. Sometimes it helps couples find closure in a healthy way.  Making love after a break up validates the good parts of the relationship before its demise. It can help a couple move past feelings of sadness and literally feel better. It can be healing because it has the power to validate certain parts of the relationship that may have once worked well.

Sometimes breakup sex can be a last ditch effort to save the relationship. If the decision is to terminate their relationship sex could be a means to engage in sex after their breakup. And to have what is also known as “friends with benefits” and “hook-ups.”

With the release of Dopamine, people can feel close to their sex partners.  It’s important to understand that sex with or without an emotional connection can weigh heavy on our psyche.

For more information about breakup sex contact me at CouplesCounselorSanDiego.com