What Phase In Marriage Is Infidelity At High Risk? Seems it doesn’t matter if it’s been two, four, or seven years; more studies are finding that whatever year mile marker you’re in can place their toll on a marriage. Whatever recent statistic you choose to accept couples tend to head for divorce after certain periods of their married life. Whether it’s after the two year mark, the four or five year mark, or that infamous 7-year mark – more than double the number are divorced after they meet their relationship peak for whatever their reasons. This period of time is comically referred to as the “seven-year itch.”  There are Four Phases couples go through in relationships.  There is the Honeymoon Stage, the Conflict Stage, the Stability Stage and the Commitment Stage. 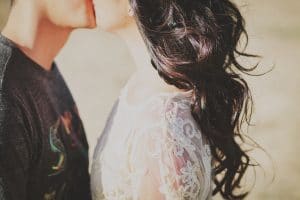 What Phase In Marriage Is Infidelity At High Risk?

Remaining in a committed relationship can be incredibly fulfilling and incredibly difficult, even for the healthiest couples. Our definitions of “love” and what it means to be in a satisfying relationship also weighs heavily on our ability to weather the difficult and disconnected times that can actually be a bridge to even deeper levels of intimacy.

People often confuse the rush of excitement and infatuation that characterizes the start of a relationship with true love. They are then disappointed when this rush fades and they encounter serious challenges in the relationship. These challenges, though, can be a doorway into deeper and more satisfying phases of the relationship. Here are the 3 phases of marriage (which build on each other), that emerged during Dr. John Gottman’s research:

1.  The Honeymoon Stage is where you feel the most in love.  For most couples, the beginning of a relationship is the easiest.  Some say it’s like a drug addiction.  This is where you feel the most chemistry. You seem to be on the same page about most issues. Getting along is almost effortless. Some couples describe this as a merging of two people.  The Honeymoon phase typically last about eighteen months to 2 years.  Part of the thrill of falling in love is due to the fact that you see only the best in your partner.

2.  The Conflict Stage – As time goes on, each partner realizes that everything really isn’t perfect. This is the Conflict Stage where power struggles emerge.  It is typically around the 3rd or 4th year as each look at their differences and respond to them where they either predict a happy relationship or continuing struggles. This is the stage where most couples break up or survive. 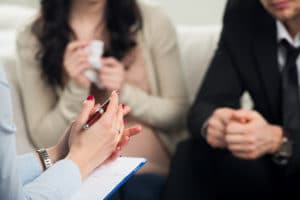 This is where Couples Counseling comes in.  Marital discord peaks around the 4th year and then starts to taper off.  This period of time may be a combination of dwindling sexual chemistry and adjusting to each other’s idiosyncrasies.  The early years of marriage are when you replace the illusions with reality.  The “good behavior” put on at the beginning of the relationship is now normalized by being “just you” which could include being messy, displaying short temper, and not being as romantic as before.

3.  The Stability Stage is when conflict resolution and coping skills are learned and both have clear boundaries about each other.  The relationship is more balanced and both partner’s are usually getting their needs met and are fairly happy.

4.  The Commitment Stage is where the couple chooses each other consciously deciding they want a future together and whether have children by co-creating or blending families from previous relationships and making a stronger commitment for longevity in their union.

As couples move through these phases over years and decades, life happens. As wonderful as it is to have children, most couples experience a sharp decline in their marital satisfaction during that time. If we live long enough, we’ll lose jobs, face significant set-backs, and dear friends and family will pass on. Our partners will inevitably disappoint and hurt us.