When To Become Engaged. When is the right time to get engaged? After dating one year, two years, three? In reality it could be after a few months or even decades. Male and females have different perspectives about marriage. Research indicates men benefit from marriage more than females. So why do some men hesitate moving forward? As much as getting engaged is exciting it can be very scary for men because life as they know it is about to change. Young men associate marriage with increased responsibilities and with a greater possibility of financial loss. Men begin to see themselves as fathers, providers, and protectors when they transition into marriage. But change is the biggest factor. 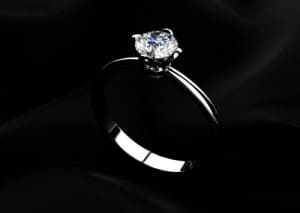 Some couples get engaged prematurely and neglect getting premarital counseling. These couples also tend to marry for the wrong reasons. Some young adults get married because their peers are getting married. Other reasons can include pressure from family, timing, desire for children, etc. I’m working with a 32 year old female, Gloria, who now lives with her boyfriend, Greg, 33 years old, of two years. They have been on and off but want to make a go of moving forward where marriage is in their future. Gloria broke it off months ago as she claimed Greg had some behavioral issues she wanted adjusted. They have acquired tools to become more communicative, however, Gloria still has issues with Greg. We work through the issues in couples counseling. Greg has tried to demonstrate his ability to make the changes requested but Gloria still complains about outstanding issues. 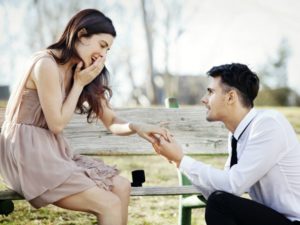 One outstanding issue is the topic of when they are going to get engaged. She states she is not getting any younger and most of her girlfriends are getting married. She doesn’t expect to get married right away but would like to be engaged. Some young women get wrapped up in the whole “happily ever after” fantasy where they get their ring, wedding, and prince charming. They tend to think after marriage all their issues will be less stressful. In reality, if issues are not resolved they become worse after marriage.

When asked how long a couple should date before getting engaged, I say it all depends. It’s appropriate to get engaged when:

Society and family could put a lot of pressure on getting engaged and marrying. If it’s not your choice to do so then don’t rush it. Getting engaged is an important decision. Make sure you move forward for the right reasons so there are not regrets. If your partner is the one pressuring you, perhaps that person isn’t the right partner. Getting married because you want a ring and a wedding is definitely a red flag for any man or woman. A substantial woman makes for a grounded wife. A grounded wife makes for a very good mother. A man making the decision to propose is his choice. When the choice is his the outcome for a harmonious life is in the future.

Call me for more information about your relationship and where’s its headed at (858) 735-1139 or visit my website at CouplesCounselorSanDiego.com